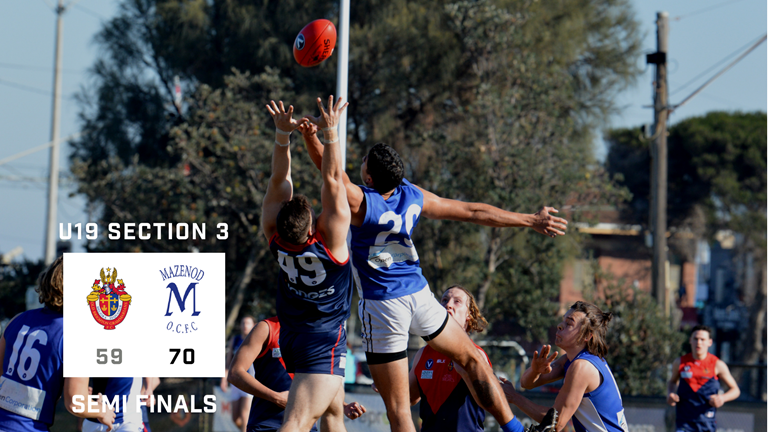 The 19s have overcome a late scare in the final quarter to win the second semi-final against Old Brighton over the weekend.

Old Brighton having hosted Mazenod for this semi-final, came in as the favourites holding a 2-1 record against our U19s. However, the Mazenod OC were never in doubt as to their performance and form.

Coming into the first quarter, the contest was closely fought. Old Brighton secured many inside 50 chances, and kept the ball inside their forward half for most of the quarter, scoring 2.3 (15). A quick attack from the 19s ensured the opponents were never too far out of reach scoring 1.2 (8).

However, the 2nd quarter became the breakout quarter. The 19s quick clearances out of the midfield and quick attack was too much for Old Brighton throughout the quarter, even having the home side struggling to secure an inside 50. It was not until the 18th minute that Old Brighton were able to secure a goal, with Mazenod already having scored 5.4 for the quarter.

The rest of the quarter became a demonstration of the Mazenod pressure and attack, once again keeping Old Brighon searching for answers and goals at the beginning of the quarter. Having scored 2.2 for the quarter, Mazenod extended the lead to a game high 23 points.

The final quarter became a game of persistence as Old Brighton found gaps and holes to secure the ball in the forward half and secure a few goals to take it up right to the wire. Despite scoring 2 goals in the beginning of the quarter, Old Brighton made a few last attempts to take the game to the very last minute, scoring 2 quick goals in response. 2 progressive goals later, it looked like the game was back on the line. However, fate was never to allow the showdown, as the final siren sounded in the 24th minute.

Jack Sullivan, relished the feeling of having a breakout quarter and game against such a strong opponent.

"No doubt our opponents are big and strong, and definitely very quick. We did start off quite slow, but picked up quite quickly, and that felt really good, especially against them."

Scoring one goal for the match, Sullivan did acknowledge the toughness of the game and its toll, "It was definitely hard fought. Plenty of bumps and bruises, but all worth it and feeling good for the recovery road ahead, ready for the grand final." 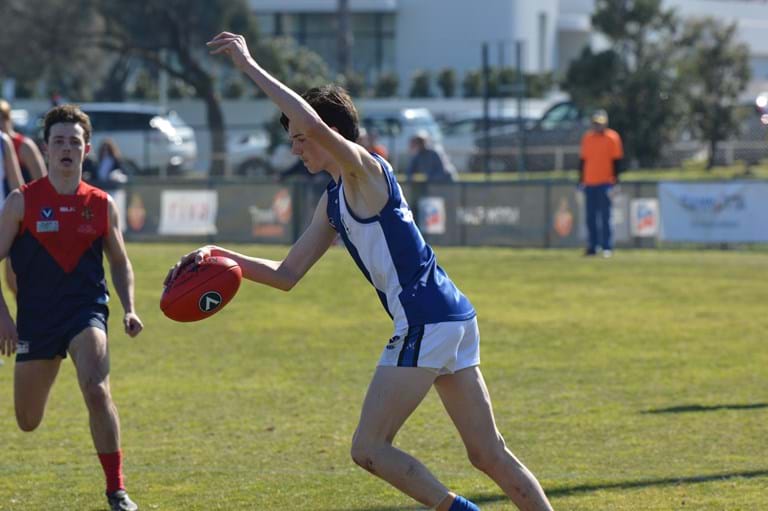 Damien Sherlock, was all smiles after the game. However, very much acknowledged the road ahead and all the pressures that come with the Grand Final.  "The boys all contributed evenly to the game, and played their role very well." Sherlock quoted. "It was a four-quarter effort, and if they didn't stick with that we certainly would've been finished."

"The boys played like they trained: determination and hard work."
"We still have a job to do, and we can't stop here." - Damien Sherlock

Goal scorer, Jarryd Raffa, also felt the excitement of that final siren, not only as a sign of relief, but vindication for the season games gone by.

"We knew coming into the finals that Old Brighton had a 2-1 winning record against us. Coming into this game we knew our goal was to keep the pressure on them, and we did that really, really well. Couldn't fault them." 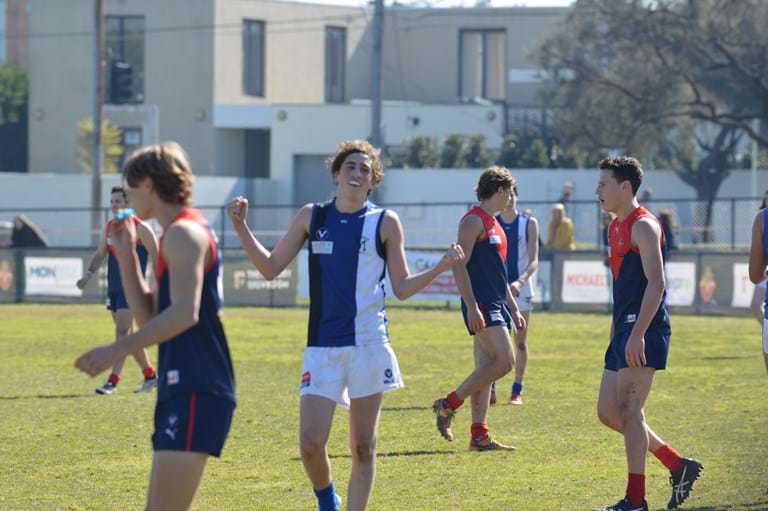 The 19s now take a long hard-earned break as they await the results of the preliminary finals on Satursday between Marcellin OC and Old Brighton.